Reto Marzari is a  Swiss Citizen , with many Years of  Experience as Maitre Chocolatier – Glacier.
He started his long Career back in 1963, 16 Years old and the first Apprentice of Raymond Bachmann, the Owner of the very famous Confiserie Bachmann in Luzern, Switzerland.

Having successfully finished his 3 years of Apprenticeship with his Diploma, he was eager to find out what more was there to see and to learn, both in Switzerland, Scotland, Denmark, Philippines and Malaysia.

Working for five-star Hotels both in Scandinavia and the Philippines gave him opportunity to apply his knowledge in Chocolate and Ice Cream making.

Visiting Singapore, the Decision was soon made to move on to this Fantastic Place.

Joining Win Sin Pte Ltd in 1996, a large Food Supplier which is supplying Food Ingredients and Pralines to Hotels was his first working Experience in Singapore.

He was in-charge of the Pastry Department as R&D manager, overseeing the production of Pralines and Pastries for 6 years, making himself a Reputation as a maker of high Quality Pralines, a Reputation that is lasting until today.

Later-on he was also responsible in setting up the chocolate manufacturing department for a chain of chocolate cafes in Malaysia and Singapore.

An Appointment by the famous Swiss Chocolate Company Lindt & Sprungli as a Maitre Chocolatier from 2008 until 2011 gave him the insight of a large Company and also the Desire to be in charge of his own Destiny and to forward his Knowledge to a broader Spectrum of People.

He started his own Company Chocolate Atelier Pte Ltd in 2011 holding Classes and selling Retail Chocolate Products and Ice Cream at Joo Chiat Road for over 5 Years. 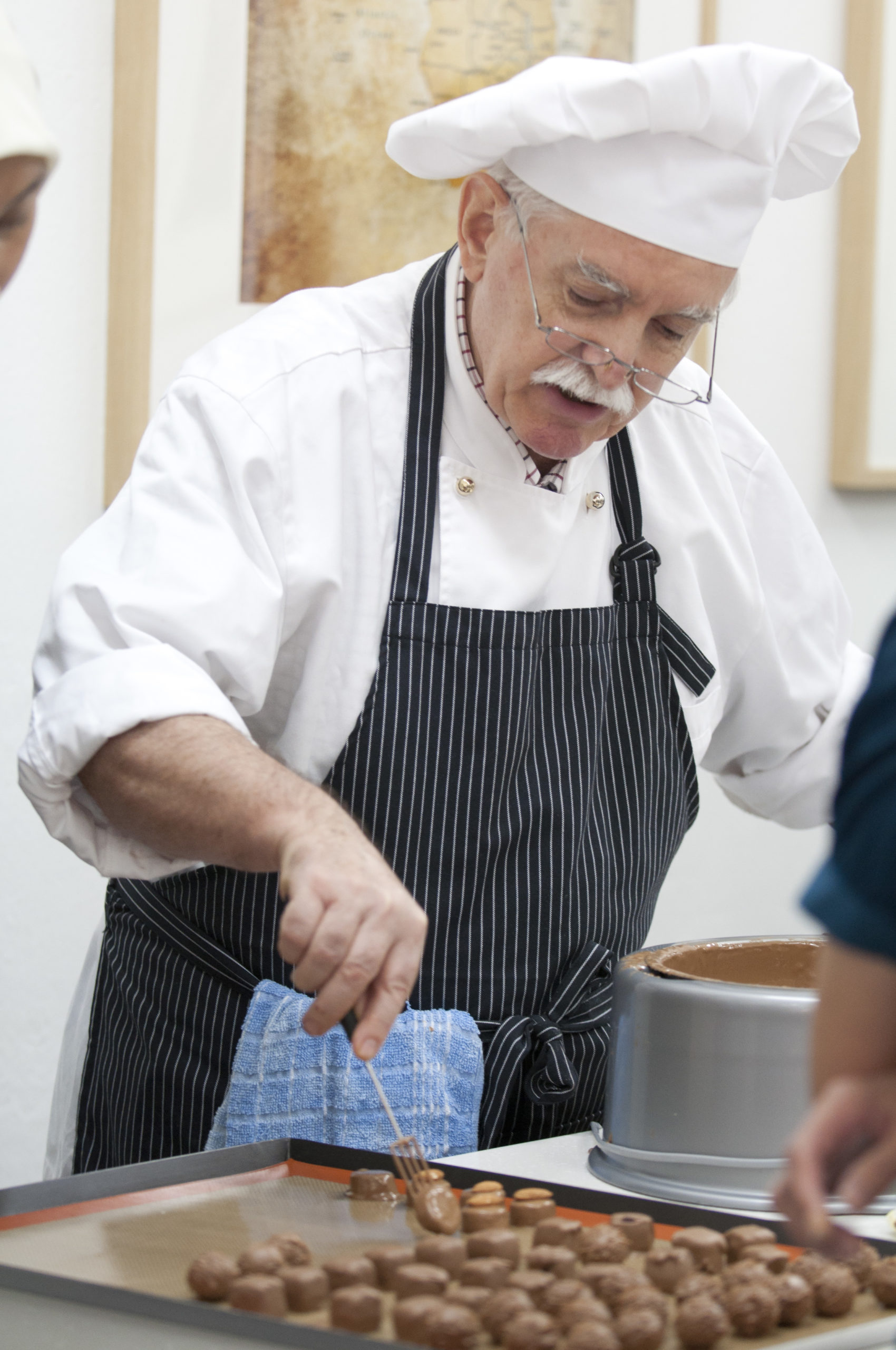